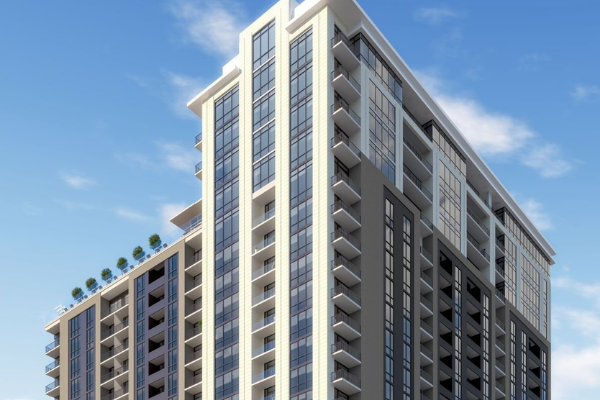 A long-planned 27-story apartment building in the heart of downtown Fort Worth took one step closer to reality Thursday, as Nashville-based developer Southern Land Co. announced it had begun to work on the project.

The building at 969 Commerce St. will offer 302 one- to three-bedroom apartments, eight floors of parking and “resort-inspired amenities,” according to a press release from Southern Land Co. The first floor will include space for shops and restaurants.

“These will be the first luxury high-rise rental residences in downtown Fort Worth, and we could not be more excited to have the off-site work underway,” said Tim Downey, SLC’s founder and CEO in the company’s press release. “We believe this project will attract residents who seek a refined living experience in the heart of the city.”

“It is evidence that downtown Fort Worth is ready to enter a new chapter in its development that will play an important role in attracting more investment and young professionals to our city,” Henning said in the statement.

Andy Taft, president of Downtown Fort Worth Inc., praised the project’s transit-friendly location near the Convention Center and Fort Worth Central Station.

“This is the future of downtown residential and it is coming at a perfect time,” Taft said.

The project, which has been in development since SLC bought the property in 2017, will be the developer’s first in Fort Worth and sixth in Dallas-Fort Worth.

It is one of a number of housing projects expected to eventually bring 3,000 people downtown.