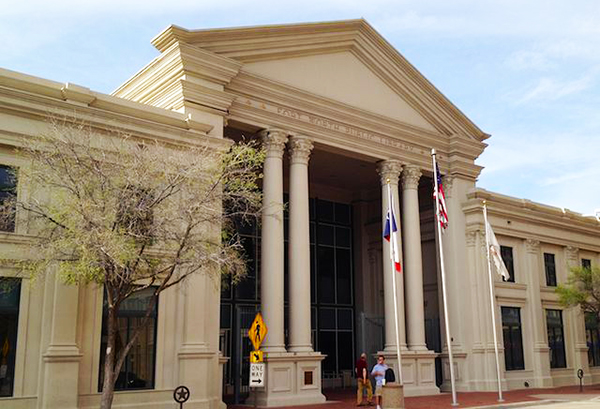 Fort Worth firm JLL is contracted by the city to manage the sale and development of the land as well as the relocation of the Central Library. Terms of the sale require the buyer to help develop a new, modern Central Library in downtown to better meet the needs of residents.

“We have a unique opportunity at this time to reimagine and develop a Central library that meets the needs of a modern, diverse and growing Fort Worth,” said Acting Library Director Marilyn Marvin. “We expect the transition to take a year or longer. In the meantime, the Central Library remains open to the public and will host events, programs and offer the services our patrons enjoy.”

Once the building is sold, current staff members will be assigned to other Library locations and to work at a temporary library space in or near downtown.

“Our public service staff at Central know that they still have their jobs, and they’re eager to continue serving our customers no matter where we are located,” said Michele Gorman, assistant director of public service.

There are also four Fort Worth Public Library locations within 5 miles of Central:

Library has been downtown since 1901
Fort Worth has had a downtown library for more than 120 years. Today’s Central Library is the third permanent downtown library site. The first, a Carnegie library, was built in 1901 and used for 35 years as the city’s population grew seven-fold. In 1939, a larger location was built on a nearby lot and used until a library was built on the current site in 1978, which was built below street level. In 1998, two new floors were added to the Central Library with a façade designed as a nod to the Carnegie library.

The current site features a second floor that remains unfinished. When the library reopened to the public after pandemic-related closures in 2020, only the street-level floor is accessible to the public. City officials had considered relocating other city departments to a shared office space on the lower level, but estimates to renovate parts of the lower level quickly added up to millions.

Instead, some modifications were made to boost efficiency for the public at Central:

A Library Facility Master Plan completed in 2019 analyzed the Central Library, noting that the large building accounts for only 17% of the total visits to the Fort Worth Public Library system.

“Since the completion of the facility master plan, we began evaluating what the Library or the city could do to better utilize this space,” Marvin said. “While we’ve leveraged many tactics, at the end of the day, this space is too large, and in many ways, outdated for the needs of our downtown community, and further renovations aren’t the most fiscally responsible option the city has.”

What’s next?
A new Central Library would focus on offering a fresh, unique, flexible space for programs and events, public meeting space, a more focused collection and other ways to better meet the current and future needs of residents. While a new space is likely to be smaller, it will be better with a more intentional design.

“This is an exciting time in the strategic development of Fort Worth’s downtown,” Marvin said. “We are eager to see how we can develop a modern Central Library that serves the dynamic needs of this growing community. With the Library’s long history in downtown, we are committed to making sure the next chapter will be the right move.”