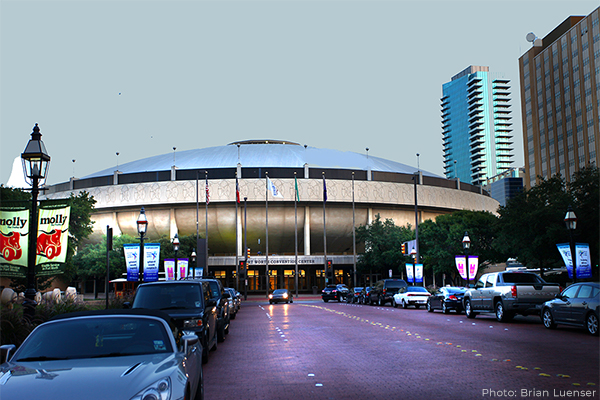 The City Council has appointed a group of diverse community members to help kick-start expansion of the Fort Worth Convention Center, a move that would allow the facility to compete with convention centers in other cities.

This Design Review Committee will recommend a project management firm and an architect of record for the project. Committee members will also seek input on the project, including from current and potential convention and meeting customers.

The convention center project will be funded through hotel occupancy taxes and fees generated by use of the building. The estimated budget is $400-$500 million. The project budget will be scaled to stay within revenues from these sources.

Feasibility studies in 2014 and 2019 show that Fort Worth’s overall growth has not been reflected in its convention and hotel growth, and it not representative for a city of its current and future population. The new Dickies Arena paves the way for repurposing the 52-year old downtown arena with a facility that is more adaptable to current convention center needs.

In addition to expansion on the north end of the convention center, the simultaneous development of a large convention headquarters hotel has been recommended.

Hotels built over the last decade in downtown have been immediately absorbed into the market, a sign of pent-up demand.

“Convention tourism is an essential engine for achieving Fort Worth’s economic development goals and introducing more people and business to our city,” said Bob Jameson, president and CEO of Visit Fort Worth. “Unfortunately, our current facilities don’t meet demand, and group planners continue to be frustrated by our facilities and the number of separate hotels required to accommodate a larger convention.”

A first phase could see expanding Commerce Street for hotel development and construction of new kitchen and catering facilities between 2022 and 2024. Phase two demolition of the 52-year-old convention center arena and new construction is scheduled for 2024-2026.

The committee is expected to meet over the next two years and will provide recommendations to City Council related to contracting with a project management firm by the summer and an architect of record.