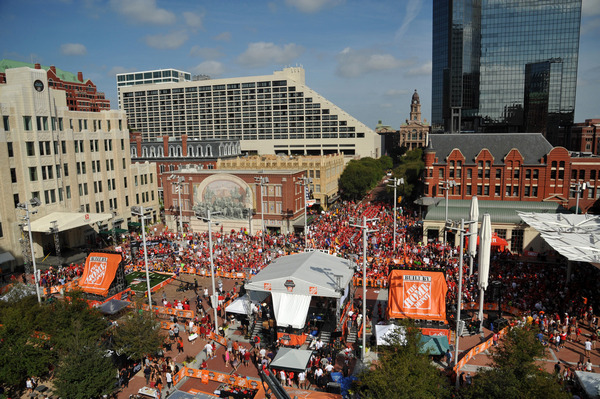 Sundance Square, the 35-block entertainment district in downtown Fort Worth, will once again be the site for ESPN to kick off the college football season. ESPN will set up shop on August 31 in Sundance Square for the first week of the 2019 regular season. College GameDay will air locally from 8 am – 11 am CST on ESPN live from Sundance Square in advance of the Oregon vs. Auburn game at AT&T Stadium.

“We are excited to have ESPN return to Sundance Square,” stated Johnny Campbell, President and CEO of Sundance Square. “Our organizations have developed a great partnership, and the community has certainly embraced ESPN. As the living room of downtown Fort Worth, Sundance Square Plaza is an ideal setting for events like this, and we will be ready to welcome ESPN and their fans on August 31.”

In 2015, country singer Brad Paisley made a special appearance in Sundance Square for the kick off of ESPN’s College GameDay. Guests have not been announced for this year’s show. This is the 33rd season for ESPN College GameDay.