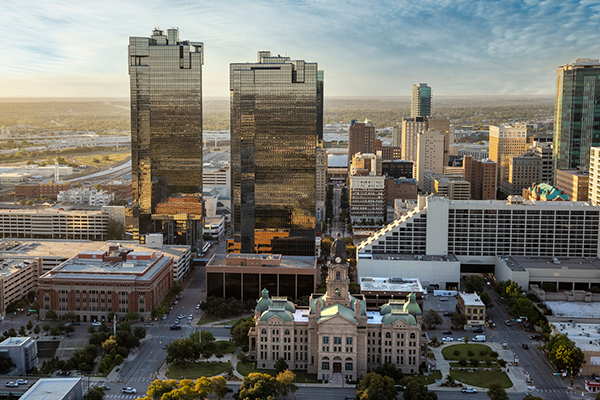 Reposted from City Center Fort Worth.

The Bank of New York Mellon Corporation, known as BNY Mellon, is an American investment banking services holding company headquartered in New York City. BNY Mellon was formed from the merger of The Bank of New York and the Mellon Financial Corporation in 2007. They opened a Fort Worth office with 6,270 square feet of space last month in the Wells Fargo Tower.

The law office of Brown PC has opened for business in the Wells Fargo Tower last month with 2,650 square feet. The boutique law firm represents clients in complex, tax and white-collar defense litigation.

Daniel, Moore, Evans, Biggs, Decker, and Smid, an association of Fort Worth criminal defense attorneys, has leased more than 4,300 square feet of space in the Bank of America Tower and is expected to move in by the end of November.

Alston & Bird LLP is an international global law firm with more than 800 lawyers in 13 offices throughout the United States, Europe, U.K., and Asia. Alston & Bird’s Fort Worth office in City Center will occupy 5,700 square feet in the Bank of America Tower. They are scheduled to move in to the space in January 2022.

Truist Bank/CRC Group is the leading wholesale specialty insurance distributor in North America with more than $23.5 billion in annual written premiums, 4,300 employees, offices across the United States and Canada, and more than 90 years of delivering insurance solutions. The Fort Worth office in City Center’s Bank of America Tower will occupy 5,868 square feet. They plan to move into their new space in January 2022.

City Center is the premier business address with Class A office space in downtown Fort Worth. Comprised of the Bank of America Tower and the Wells Fargo Tower, the two iconic towers offer stunning views of Fort Worth, connected parking and an on-site private club with fitness center. More info at citycenterfw.com