Plans for the Future City Hall in Fort Worth, TX 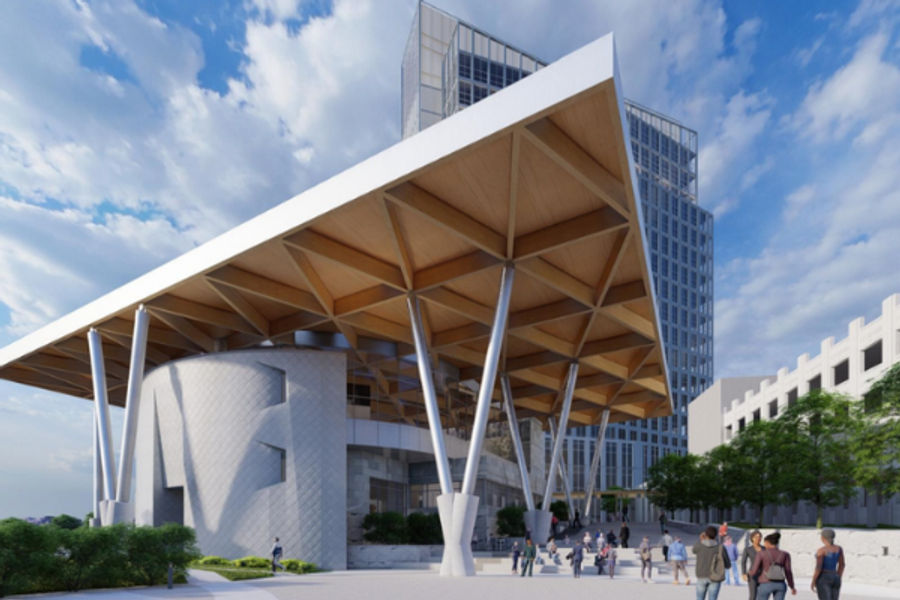 The City of Fort Worth’s plan to consolidate all 13 city buildings into a newly renovated skyrise downtown is moving forward. City leaders approved the final design for the new addition of Future City Hall + we’re breaking down the details.

In January 2021, the city announced the ​​~$70 million purchase of the iconic 20-story Pier 1 Imports headquarters, a high rise that defines the skyline of the west side of Fort Worth. The glass tower is about 160,000 sqft bigger than the current space + sits on 11.9 acres overlooking the Trinity River.

The city worked with residents to ensure the design met community needs. Requests included public green space, sustainable and cost-efficient building, and a nod to the Trinity River’s original path running through the site. Here’s what to expect for the project.

Construction has already begun on the $100 million renovation of the Future City Hall + construction on the council chambers is expected to begin in September of this year. City council plans to hold its first meeting in the new building in the fall of 2023.