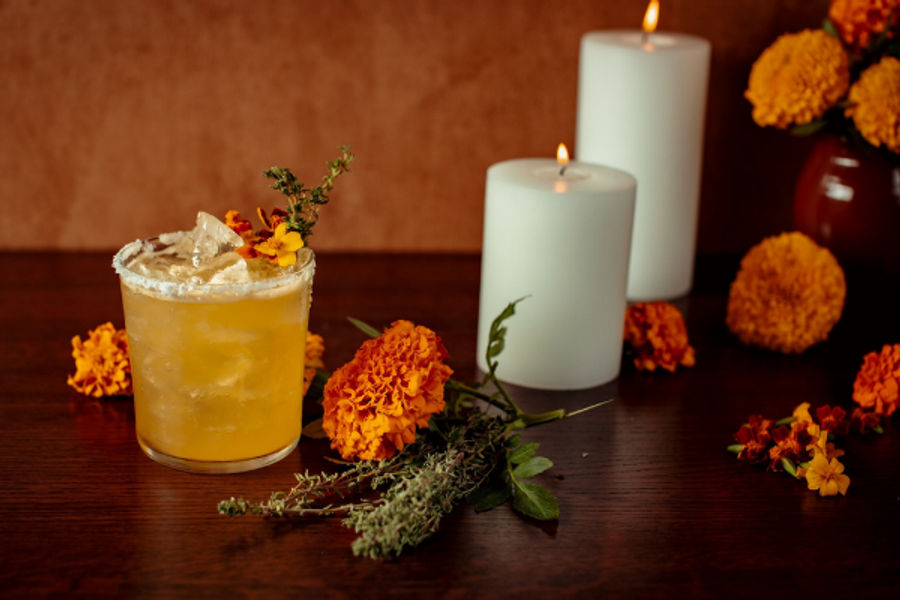 Reposted by Toro Toro Fort Worth.

“We’ve chosen the marigold as the way we’re telling the story of Día de los Muertos this year, as it’s symbolically used during the holiday and believed that the color and smell help guide one’s ancestors,” said Chef Richard Sandoval. “I invite everyone to taste our marigold-inspired specials, listen to our signature Día de los Muertos Spotify channel, and immerse yourself in one of my favorite holidays.”

Día de los Muertos, or “Day of the Dead,” originated in Mexico. Rather than being a Mexican version of Halloween, it is a festival of color and life-affirming joy aimed at demonstrating love and respect to the past while setting intentions for the future. Toro Toro is pleased to take part in the celebration by showcasing the rich heritage and culture of the holiday through sensory experiences to Downtown Fort Worth and surrounding communities.

Besides food and beverage, Richard Sandoval Hospitality partnered with Mexico City-based illustrator and artist Chepe Daniel Baez (@chepeshepe) to create bespoke pieces that celebrate the holiday featuring cultural icons such as a skull mosaic, eye of remembrance, and the marigold. The icons will be incorporated on Día de los Muertos menus, accessories such as buttons and paper coasters, and more throughout the entirety of the campaign. In addition, Paco Rozas and Christophe Bourlon of Soda Raíz collaborated with Richard Sandoval Hospitality to completely curate a playlist of Latin music inspired by the celebration of life, which will be available on Spotify.

Toro Toro Fort Worth will be one of 29 Richard Sandoval Hospitality locations participating in the cultural campaign, which encompasses eight states and five countries including the United States of America, Mexico, United Arab Emirates, Serbia, and Qatar. To join in the celebration, make a reservation at Toro Toro here: https://bit.ly/3iSdg9D