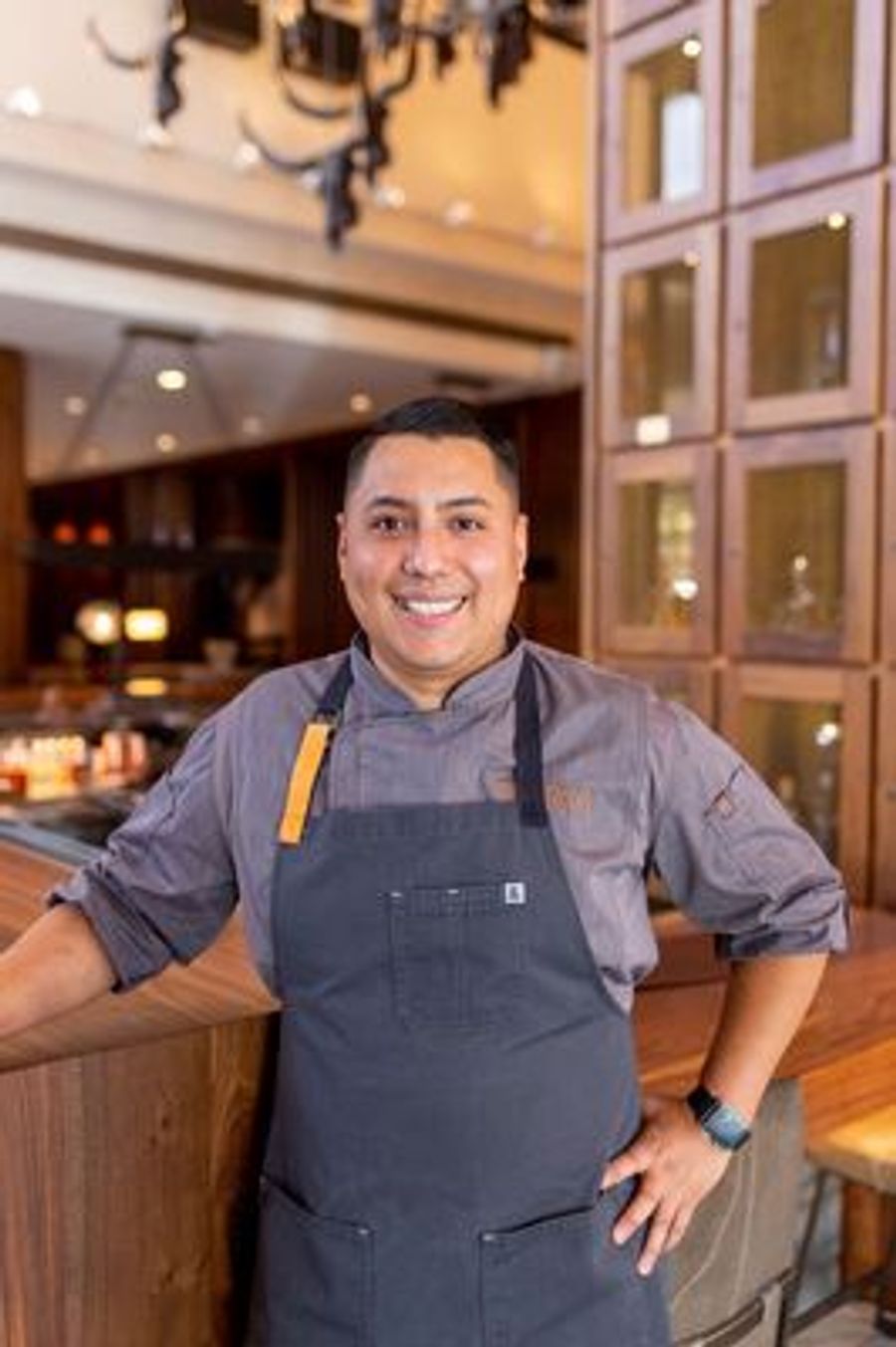 Reposted from Toro Toro Fort Worth.

Today, as we begin the celebration of Hispanic Heritage Month, Toro Toro Fort Worth Executive Chef Jonathan Esparza is sharing his story to join with other Hispanics who are leading the way in the hospitality industry to inspire the next leaders of the future. Jonathan’s path took an unexpected turn on his way to Toro Toro Pan Latin Steak House in Fort Worth and meeting Chef Richard Sandoval.

It has been said that to be a surgeon, one must possess expert knowledge of human anatomy, and to be a chef, one must be intimately aware of the anatomy of plants and animals.

Jonathan Esparza dreamed of becoming a doctor when he was growing up in a small town outside of Guadalajara, Mexico. Originally from California, Esparza grew up and went to school in Jalisco, Mexico.

After high school, he was ready to apply to be a doctor and go to school in Guadalajara but did not get accepted, failing by one point.

As fate would have it, his parents moved to Puerto Vallarta, and he worked over the summer in a Mexican restaurant. Then because of his uncle, a position opened at a Southwestern cuisine restaurant in Santa Fe, New Mexico for three to four months where for the first time he got to observe the Chefs and ask questions.

Upon his return to Puerto Vallarta, he saw a private school for gastronomy and decided to enroll. He had little experience and had never cooked anything before his high school graduation.

Ironically, like a surgeon, in his first course at the Universidad Tecnologica de Bahia de Banderas called ‘Knife Skills,’ he excelled right away in carving chocolate, butter, fruits, and vegetables. At the end of each quarter, the students would have to create an entire restaurant from scratch and in the capsule class, he would participate as executive chef or general manager, and this is where he started to really hone in on his team building and communications skills. The school had the absolute best equipment in the classroom to learn on, so he was able to keep perfecting his craft quickly.

At that time there were many celebrity chefs working in Puerto Vallarta and he got to stage (intern) for them while in culinary school in Nayarit, Mexico.

One was the French Chef Thierry Blouet, nephew of Max Blouet of the George V Hotel in Paris. Blouet owns Café Des Artistes and a 40-seat tasting room called Auteur Kitchen. Esparza loved his time there learning to work with local ingredients.

The next was Chef Javier Plascencia in Baja, California, a prolific chef, and restaurateur in US and Mexico where Esparza learned about the Baja regional cuisine.

For two years in between his posts in Riviera Maya and at Café des Artistes he worked alongside old school and new school chefs from Mexico City for major events including the Global Economic Forum, for two different Mexican presidents, and lavish weddings.

He got married and returned with his wife and uncle to the US where he was hired at the Four Seasons Rancho Encantado in Santa Fe, New Mexico. It was challenging as he did not speak English, but he was agile and a good communicator with the culinary teams.

They started him as Cook #3 and he was promoted to Cook #2 in 90 days, and he proceeded to advance two more levels within six months to reach the position of Junior Chef.

Esparza was hand selected by the hotel’s executive chef to become part of the hotel task force sent to open and train teams at other properties such as the Four Seasons Palm Beach with Four Seasons Hotels President Christian Clerc.

While in this role, he worked with 3-Michelin Star Chef Mauro Colagreco of Mirazur.

Esparza was selected for the Four Seasons Los Cabos Hotel Task Force and spent two months in Las Vegas at a high-end, signature chef-driven restaurant before returning to Santa Fe where he has a fortuitous meeting working with Chef Richard Sandoval.

Now as Executive Chef at Toro Toro, Esparza’s main area of specialty is his thorough knowledge of coastal Mexican and regional Mexican cuisines of Jalisco and Baja. As a chef, he is known for taking basic concepts and making them unusual in a dish. The Cowtown aspect of Fort Worth came naturally to him as he and his brothers grew up in a small town and they lived on a working cattle ranch. Now, while it was challenging to learn at first, he loved learning the style of Nikkei, a type of Japanese cuisine mixed with Peruvian influences. Nikkei utilizes nori (seaweed) and dashi (Japanese stock used to make broth), and he loves working with these ingredients to create Pan-Latin recipes. The concept’s focus on tequila and mezcal is also perfect for Esparza to create with as he is from the region where tequila is made.

Besides communication one of Esparza’s greatest strengths is his photographic memory.

He is very balanced in his knowledge of meats now that he is in Fort Worth and has enjoyed all the superior quality meats available. The main difference is in preparation as he worked with more wild game and exotic meats in New Mexico and now he directs such a large exhibition grill as is housed in the center of Toro Toro.

As a resident and homeowner now in Fort Worth, Esparza is relishing his roles as a chef and father taking his wife and kids to the Stockyards, for ice cream, and to the Fort Worth Zoo. He likes to collect knives and coins in his spare time, and you can often find him wrapped up in Sudoku puzzles or playing chess.

He likes the time he has spent in US cities like Dallas-Fort Worth, Houston, and Los Angeles but number one on his wish list is to see the very first Toro Toro in Dubai as well as a vacation in Los Cabos.

Esparza gets to explore the best of both worlds when taking work home at night and sharing shop talk with his wife, a nurse. They both ended up in a white hat and white jacket just on opposite sides of the spectrum.