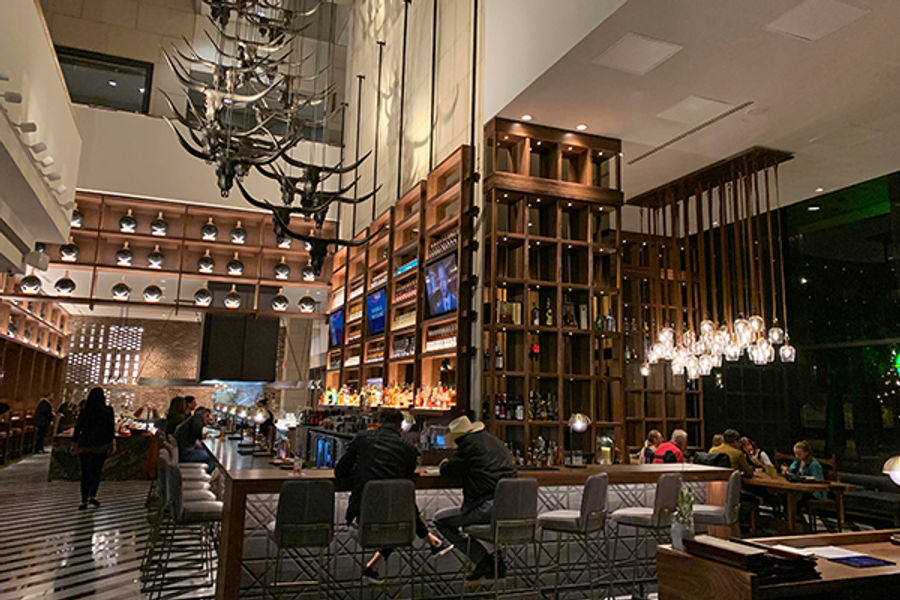 A new Latin steakhouse known around the world is creating a lot of buzz in downtown Fort Worth.

Inside the iconic Worthington Hotel in downtown Fort Worth, which has been undergoing a complete remodeling of its lobby and common areas, is a first for Texas - Toro Toro.

The restaurant Toro Toro is inspired by the art and tradition of Latin American barbecue with a menu featuring charcoal and wood grilled steaks.

World renowned chef and owner of Toro Toro, Richard Sandoval, said he chose Fort Worth as the home of his latest restaurant because he knew it was a great city for dining and culture.

"After spending a couple of days here, I was very impressed by the city. I know Bon Appetite named it one of the top dining cities of America 2019. We always love to be a part of great cities, and great dining scenes, so here we are in Fort Worth," said Sandoval. "I think the Worthington is an iconic hotel and part of downtown Fort Worth. It's one of the most prominent hotels, and they were going through a big renovation and we wanted to be a part of that."

Toro Toro started in Dubai, and there are seven other locations around the world -- the newest in Istanbul.

If you're not in the mood to cook this Thanksgiving, and you want to try out the new spot, Toro Toro is open on Thanksgiving Day.