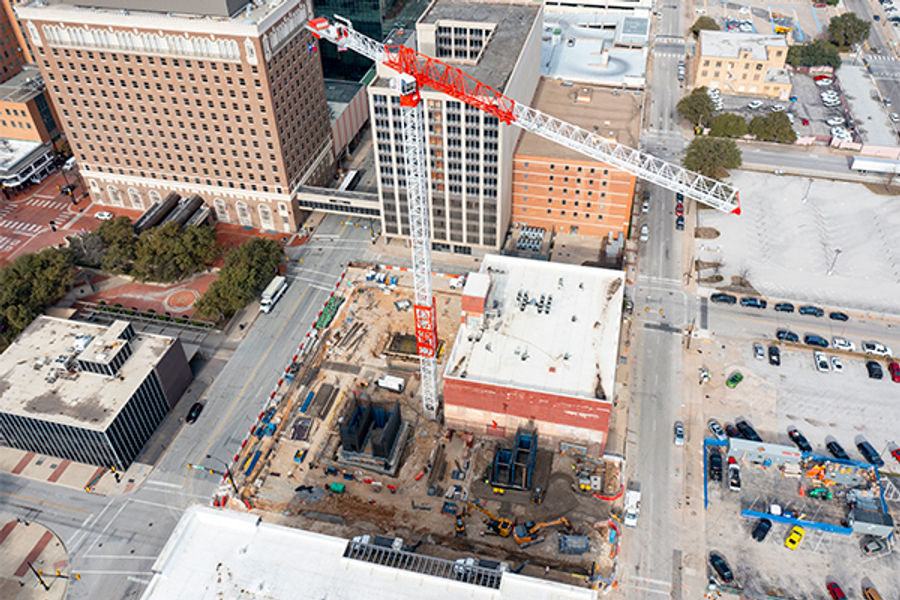 What’s happening in downtown Fort Worth?

Among those signs is a 27-story high-rise residential and retail tower, known as Deco 969, at 969 Commerce St., not far from the Fort Worth Convention Center.

The building, designed by GDA Architects of Dallas, will include more than 300,000 square feet of rental space, including a restaurant and 302 apartments and penthouses. Nineteen residential floors will sit atop eight stories of above-grade parking. It is considered the first high-rise residential building in the city.

“That construction along with others either coming or under construction, along with the 15% vacancy rate in downtown Fort Worth’s office market, make it seem likely that there will be some new projects coming for the area before long,” said Matheny.

While new projects are going up, there are plenty of current downtown businesses re-upping their leasves. Downtown’s Worthington National Bank, which is located in the historic Burk Burnett Building at 900 Main St., has signed a three-year lease with its landlord, Sundance Square.

Greg Morse, CEO of Worthington, said the bank, which has been at the location for more than a decade, looked around, but decided to stay where they were.

“We just try to differentiate ourselves by providing a service to companies and by the location we’re in, just like our location in downtown Arlington, an old post office,” he said. “This suits us.”

A Sundance Square spokesman said that, along with Worthington National Bank, Flying Saucer, Riscky’s Bar-B-Q and Mi Cocina have all renewed leases.

Paco’s Mexican Cuisine, which currently has a location on Magnolia, will open in the space once occupied by Taco Diner with a grand opening set for July 8.

“We opened our small hole in the wall in the amazing Near Southside, six years ago with only six employees and 12 tables. We have seen a lot of growth and overcome many challenges since then. It is a great opportunity to work with Sundance Square to be a part of the downtown revival since the pandemic,” the restaurant said on its Facebook page.

Also heading downtown is Pape-Dawson Engineers, Inc.which has signed a lease with City Center Fort Worth to occupy 13,994 square feet in the Wells Fargo Tower. The engineering firm will move from west Fort Worth into the new space in August.

“Moves like that indicate how strong a pull downtown has,” Matheny said.

While those indicate bright spots for the downtown business community, one iconic downtown Fort Worth restaurant is still looking for a new home.

Reata Restaurant president Mike Micallef said in late March that the Fort Worth restaurant is seeking a new home, asking customers for ideas on where to move, because of issues between the restaurant and its landlord, Sundance Square.

The tension between Sundance Square management and others in the downtown area has continued with the most public version of the dispute occurring during the Main Street Arts Festival. During the April street fair, Sundance Square set up a separate art show bringing in local artists and some musical acts.

Sundance Square has seen many closures in the past few years, with Bird Cafe, Taco Diner and Revolver Taco leaving the 37-block area, along with several other retailers and restaurants.  To fill some of those empty spaces, Sundance Square  launched a program they call the Next Big Idea to help fill vacant storefronts with ideas from local entrepreneurs.

While there are still some issues as businesses recover from the pandemic, city leaders and other observers see the commitment of Texas A&M University to approve a large investment on the southern end of downtown Fort Worth as key to the future.

“That sets the downtown area up for a long period of growth,” said Transwestern’s Matheny.