Downtown Fort Worth is preparing for a population boom. Here are the key housing projects 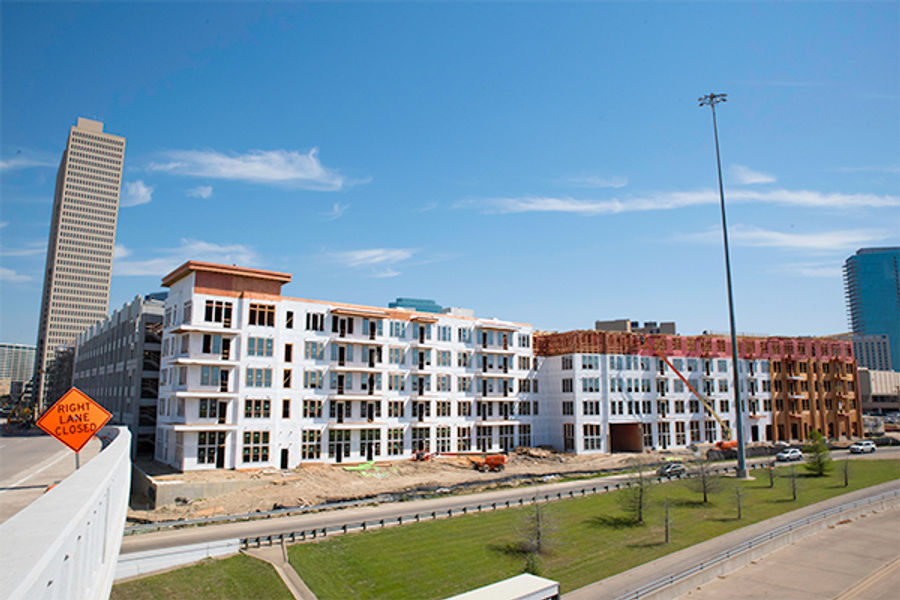 Thousands of new residents will be calling downtown Fort Worth home over the next few years as residential development picks up after a pandemic-induced lull.

“You’ve got a lot of new people that are consumers and workers all in the center city that weren’t here before,” said Andy Taft, Downtown Fort Worth president. Zooming out from just downtown, Taft noted there are about 5,000 new apartment units in Fort Worth’s core in places like the Near Southside, West Seventh and Race Street.

Those residents stabilize downtown businesses like shops an restaurants when there’s a fluctuation in tourism or office workers. Many of those businesses need a boost after the pandemic.

The Star-Telegram in late June walked a 104-block area of downtown and found 31.5% of ground floor, street-facing retail or restaurant locations were closed. The nonscientific survey was not far off from Downtown Fort Worth Inc.’s estimate at that 27.2% of the street-facing square footage is unoccupied.

Three projects on opposite ends of downtown’s core will bring more than 870 housing units through the first half of next year.

Burnett Lofts at 601 W 13th Street near West Lancaster features 330 units and is pre-leasing. The Catalyst Urban Development project is expected to open fully later this year with a 6,000-square-foot fitness center, dog park and a pool. It’s about a 13-minute walk to Sundance Square Plaza.

In a partnership with Fort Worth Housing Solutions, Stonehawk Capital is building a 295-unit complex called The Huntley on the northeast side of downtown. More than half of the units are set aside for affordable housing, while the rest will be priced at the market rate. The project takes up the block between Weatherford and East First Street west of Harding Street. It’s about a 15-minute walk to the plaza.

Back on the south end of downtown, but down the street from the Burnett Lofts, the Kent Lofts are expected to break ground later this year at 130 East Lancaster, Taft said. The five-story, 248-unit building features underground parking, a plaza at the corner of Main Street and a rooftop deck.

At least one project in the works will alter the downtown skyline, depending on which direction the viewer is looking.

Near the Fort Worth Convention Center, 901 Commerce is expected to break ground in late summer or early fall, Taft said.

The Southern Land Company has been planning to bring a 26-story tower to the site just northeast of the convention center since at least 2017. The concept, which includes a rooftop pool, features about 280 luxury units in 18 stories. Parking will take up another eight stories starting at the ground level.

Another project that brought hopes of a skyline change to the northwest corner of downtown appears to be dead.

Transwestern Development had been in negotiations on a project called 1000 Weatherford, a more than 300-unit tower that would slightly alter the skyline at Weatherford and Lexington. As originally pitched in 2019, a 12-story tower would sit in the middle of the block atop a roughly five-story building that includes a parking garage. At another point during the planning state, the tower portion was cut, leaving just a mid-size apartment complex.

Downtown Fort Worth Inc. officials said Friday said they believed the project was on hold, but a Transwestern spokesperson said in an email the company was “not building the development.” Attempts to reach someone at the city of Fort Worth were unsuccessful.

Dominated by parking and vacant lots and the multi-lane thoroughfares of West Belknap and Weatherford, the area is desperate for activity. The city will be moving government functions to the former Pier 1 tower a few blocks away over the next few years. Fort Worth agreed to buy the mostly vacant office building for use as City Hall in February.

A few other projects are still in planning stages.

In the Rock Island area northeast of the downtown core, where there has been significant residential growth in the past few years, 1101 Poindexter Street is slated to bring six townhouse-style units. Down the street on a sliver of land next to Pioneers Rest Cemetery, Houston-based Urban Genesis is working on a small apartment complex. That developer is also forming plans for lots between Texas and 10th Street in the Upper West Side portion of downtown, said Melissa Konur, director of planning for Downtown Fort Worth Inc.

“Initially downtowns were built on their residential base and the commercial grew out of that,” Taft said. “When American development patterns turned upside down, they lost that stable base. Now American downtowns are coming back and residential is a key component to success.”