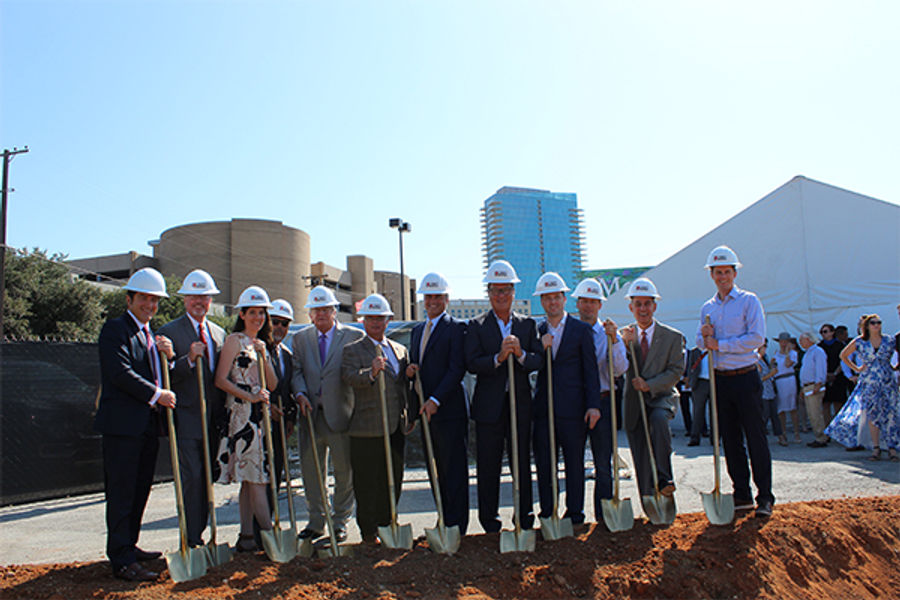 Tim and Donna Young are proud to be called “Mr. and Mrs. Downtown Fort Worth.”

It’s a nickname their friends gave them for obvious reasons. The couple met in 2012 when Tim moved into the Texas & Pacific Lofts, and they have since become some of the most vocal proponents of living and working in downtown.

They can be seen walking downtown almost any day of the week: From Donna Young’s job at the downtown Wells Fargo office, to the downtown restaurants they frequent and even an art class Tim Young takes in the Near Southside.

Tim Young said he feels “like I live in Paris sometimes” because of their urban-centric lifestyle.

“We’ve decided this is the last place we’ll ever live,” he said. “We’ve really embraced the culture of downtown.”

The Youngs’ approach to downtown living is reminiscent of Fort Worth’s past, before freeways and automobiles encouraged the city’s sprawl.

As the city looks ahead to the next five to 10 years, much energy will be spent encouraging growth in the city’s core. Nearly a dozen new buildings are in the works downtown, according Downtown Fort Worth Inc. – some that will reshape the skyline as soon as 2022, when as many as 3,000 new residents could live downtown.

“The growth trajectory for downtown is toward taller buildings — taller offices, taller hotels, taller residential,” said Andy Taft, president of Downtown Fort Worth Inc. “Large parcels are decreasing, and land prices are going up, so we’ll have to build up.”

LIVING DOWNTOWN
In the near future, residential growth will be obvious.

Two residential buildings are moving forward — a 17- to 19-story apartment building near Pier 1 called 1000 Weatherford and a 25-story tower at 901 Commerce. A 30-story building called The Worth on the northwest side of downtown received approval from Fort Worth Downtown Design Review Board this summer. All three are close to Sundance Square and commuter rail lines.

The new buildings may not be as noticeable as the Omni Hotel Fort Worth or the City Center Towers, but they will be the first new residential high-rise structures built downtown in decades.

Ann Zadeh, the councilwoman representing downtown, said her hope is that downtown’s skyline will fill in with buildings that stand out.

“When I drive by other cities with prominent skylines, I think it’s a great visual,” she said. “That’s what I want for downtown.”

Smaller projects are also in the works.

Last week, crews began work on Burnett Lofts, a four-story residential and commercial building that will take over a vacant lot between 13th and East Lancaster. Down the street at 130 E. Lancaster, developers of the 200-unit Kent Lofts should break ground soon, Taft said.

Three apartment buildings with between 275 and 350 units are either planned or under construction just northeast of the central business district along the Trinity River, and others are in the pipeline – including a more than 200-unit project Taft said wasn’t ready to be made public quite yet.

Altogether, the residential projects planned for downtown will yield roughly 2,500 apartments or condos by 2022. With about 9,600 people today, Fort Worth’s downtown is poised for a population boom in five years. Downtown Fort Worth Inc. estimates that more than 13,000 people will live downtown in five years.

“There is plenty of room to increase density downtown, and that’s what we’re looking for,” Taft said.

Attracting a large and diverse population downtown is key to the long-term development of the urban core, said Michael Hennig, the city’s strategic development coordinator. High-end luxury apartments are the focus, with the idea that attracting professionals and families to downtown will lead to interest from corporations and other high-wage, white-collar employers.

But Hennig said the city and partners such as Fort Worth Housing Solutions will also concentrate on low- and middle-income households. At least 10 percent of new downtown housing should meet affordability guidelines, he said.

“Young people who are looking for an urban lifestyle that’s less centered on the automobile are shifting towards downtown,” Hennig said. “I think we’ll see a demographic shift, and we want that to be a diverse population.”

WORKING DOWNTOWN
City planners are confident in the residential growth, but commercial investment is less clear. The city’s long-term economic development plan relies heavily on attracting new corporate headquarters to Fort Worth with an aggressive goal of landing seven Fortune 1000 companies in the next five years.

As many as 80 companies are in talks with the Fort Worth Chamber of Commerce about moving or expanding in Fort Worth, said Chris Strayer, senior vice president of business attraction. About 40% of those would need office space, and downtown has been a target.

But finding large offices available downtown can be challenging, he said. There are vacancies in many of the commercial buildings, but they often aren’t contiguous. If a company needs two or more floors of space, the options are limited.

Strayer was cautious about saying that means Fort Worth needs to build a new office tower.

“Putting in a new tower is a lot of money, so we have to be cognizant of that,” he said. “Do we have the market? If you ask me I say yes, but I’m a development guy, so I’m optimistic.”

Not all the changes in downtown involve new buildings. Three hotel projects are converting old office space in historical buildings into attractive lodging, including the Waggoner building at Eighth and Houston.

Downtown has a shortage of about 1,200 hotel rooms, Taft said. As the Fort Worth Convention Center expands, a 1,000-room high-rise hotel is planned for just east of the convention center. A crane towers over the spot for a new AC Hotel at Fifth and Main that should open next year.

WHERE TO BUILD
Whether it’s a hotel, condo or office, finding space for a tower may be tricky.

Some regional planners have toyed with the idea of turning the roughly 40 acres of the Butler Place public housing area wedged between Interstate 35W, I-30 and U.S. 287 into a corporate campus once residents have been relocated from the crumbling complex.

Another option with growing support is building on top of some of the dozens of surface parking lots. A tax incentive approved this year provides up to 40% reimbursement of new property taxes for five years to a project that builds on a surface parking lot.

Hennig said the need for space downtown will outweigh the benefit of parking lots, especially when modern towers are often built atop parking garages or are marketed to public transit users. Another tax break package approved this year gives incentives for residential and commercial developments built near commuter rail stops. Because of the TRE and TEXRail stops at T&P and Fort Worth Central, most downtown development could qualify.

GETTING AROUND
All this growth downtown will likely lead to more congestion of the city’s central freeways. To prevent that, Chad Edwards, transportation officer for the city, said people may have to re-imagine how they get to work.

Additional buses and another rail line are possibilities, but the city is looking at other options, too, he said. Smart cars linked to the traffic light system will help better time lights. Self-driving cars are already being tested in the Metroplex along with Uber’s air taxis at AllianceTexas.

“I think everything is on the table,” Edwards said. “I think we have to be very flexible with how we view transit of the future.”

Tim Young, the T&P Lofts resident, agreed. He and his wife use the bus as much as possible or walk — up to three miles to places like the Stockyards. They’re even considering ditching one of their cars, he said, because one of the only reasons the couple drives is to get groceries. That may change soon, too.

Kyle Cowan and his wife, Ashlee, plan to open Neighbor’s House Grocery by mid-October on the ground floor of the remodeled First on 7th tower. With a 10-year lease on the space and the option to double that time, Cowan said he is “very confident” in the downtown market.

Young, who works from home as a real estate broker, agreed.

“I think the future is very bright,” Young said.