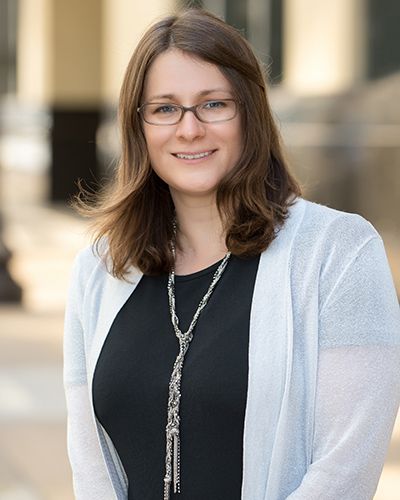 Melissa Konur is the Planning Director at Downtown Fort Worth, Inc. She is responsible for managing and implementing the vision for parks and open space, public art, urban design and transportation projects.  She has been with DFWI since 2010 after she relocated to Fort Worth from New York City where she was a Vice President at the NYC Economic Development Corporation.

In her previous position, Melissa managed the structuring, negotiation and execution of over 12 million square feet of real estate development for the City of New York under the direction of the Deputy Mayor for Economic Development and Mayor Michael Bloomberg.  She has a Bachelors of Arts from Colby College and a Master of Urban Planning from the New York University Robert F. Wagner School of Public Service.  She is a 2011 graduate of Leadership Fort Worth and a 2007 graduate of the Coro Leadership New York Program, both of which are competitive civic leadership programs for mid-career professionals.

Since joining DFWI, Melissa has expanded her commitment in the community by participating on the City of Fort Worth’s Plan Commission, and on the boards of Fort Worth Bike Sharing, Community Design Center Fort Worth, and Tarrant Transit Alliance.   In the past, she served on the Urban Design Commission and Buildings Standards Commission.  She is also a mother to two sons, ages 12 and 9, and is active on the PTA at her children’s school.